Application for Manaban to join the Alliance of Independent Nations 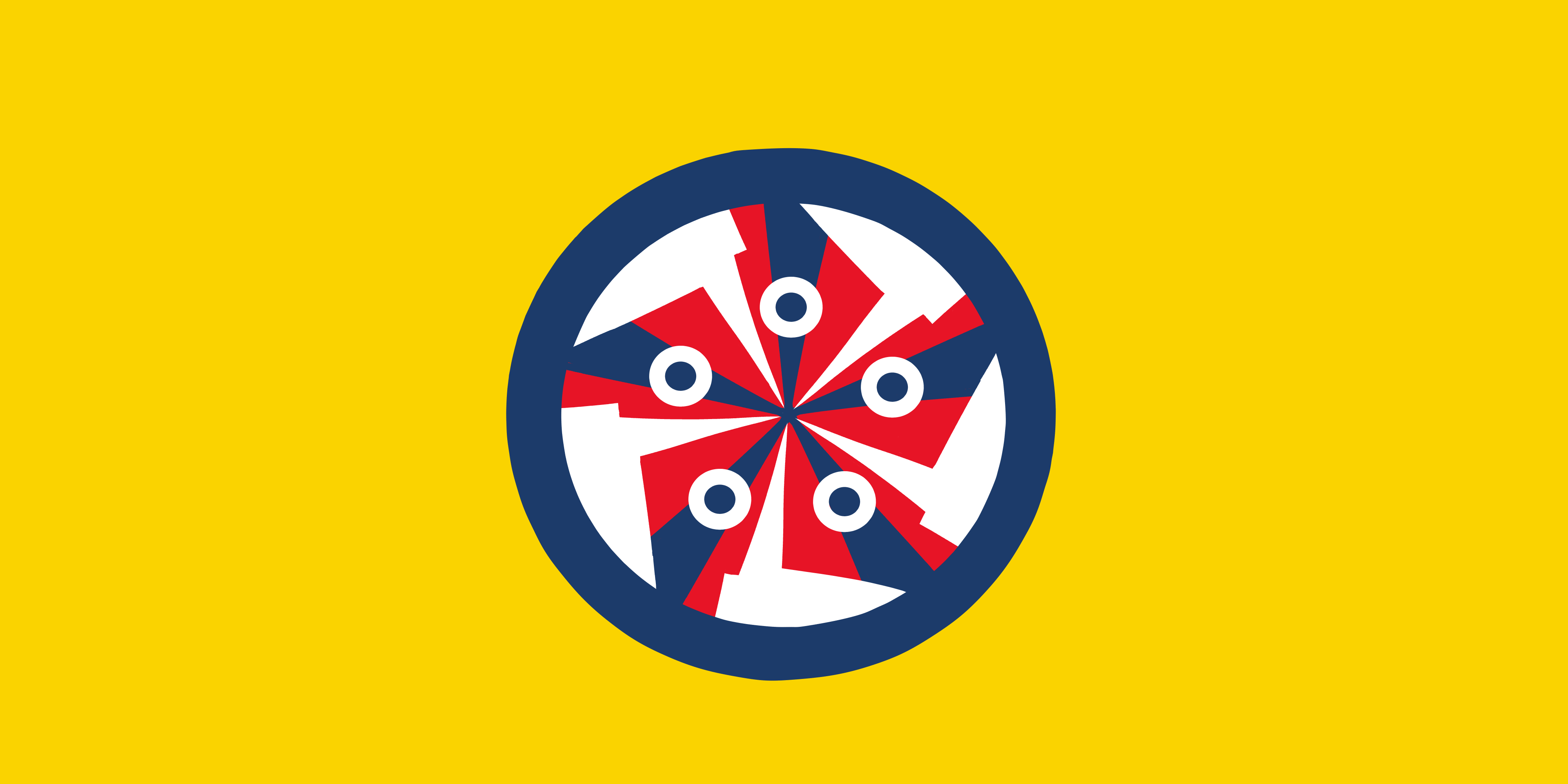 National Coat of Arms
(It's the same flower on the flag, for some reason the forum won't let me upload it)

Location
Weihaiwei area, the northernmost tip of the Shandong Peninsula

History: [This is history for the whole of Manaban, even though I'm only applying to use the Weihaiwei territory]
Manchukuo plays the ball during WWII by joining the Axis, gets invaded by the soviets by the summer of 1945, simultaneously when Japan gets nuked by the US in the same cities, but this time the sino-soviet split is even bitter and this time the USSR keeps Manchuria as the Manchurian Socialist Republic. After the Russian empire investing so much in the South Manchurian Railway, the Soviets might as well take an advantage of Manchurian warm water ports to expand Russian influence.


Instead of a Korean war, there's a Manchurian war, after the US being done with Japan, attention in all Asia focuses around the Liaoning peninsula, as the Soviets have the ambition to conquer Beijing and its surroundings.
The US doesn't get there in time since there's Japanese unrest, asking for communism and it had to be solved first.

After a bloodbath, the Manchurian Soviets annex Beijing, renaming it as Forbidden city; Weihaiwei was taken as well since the use the British gave it during the Qing dynasty was the same they needed. And also taking Tianjin from the communist Chinese, who did win the Chinese civil war in this timeline. Without the help of the Soviets though, they're far less powerful even after miraculously winning and the Kuomingtang government has more international recognizement, leaving a defeated PRC as a gigantic North Korea.


By the moment the US fights in Manchuria and the UN (who also exists in this ...Manchuniverse) joins the fight, the northeastern country gets officially recognized as a semi-autonomous region. The US doesn't give up on the fight and instead of going nuclear again, it organizes a coup d'etat in the Manchurian government in just two years, since Manchurians were involved in a fight by their European overlords for a city many considered sacred. It was a blasphemy and the morale after the war was low. Food was scarce and winter landed heavily in the north.


After enough US-fueled resentment against the Soviets and Korean (secretly American) underground militar founding, Manchuria bursted in a brawl for independence. This movement was internationally called ''The Dalian incident'', and locally called ''The tigers' revolution'' since it started on 1950, Chinese year of the tiger.

After the Soviets being prosecuted up to the border in Khabarovsk and Blagoveshchensk, Manchuria was freer than ever in the last 40 years.
Since this event marked the start of an anti-communist era in Asia, Manchuria was allowed to keep Forbidden city and Tianjin. And now allied with the USA, Japan once more and Korea (who never fell under Soviet jurisdiction), the conversion from communist puppet states to members of the UN's free nations in Asia began to spread. Mongolia switched in the north thanks to Manchurian direct access to the region.
RoC helped as a maritime base after it joined the anti-communist movement and launched attacks to Vietnam and Laos.


A more proxy-warlike era in the 60's bloomed which meant more money and economic allies for the US, and more effort to keep failed states under its sphere of influence for the USSR.
By the time Manchuria was free, they decided to change its name since Manchukuo lost name a long time ago, and Manchuria was a term related to the Soviets.

They decided to be named Manaban (满阿半, Mǎn ā bàn) which means ''A full half'' literally.

满(Man): Manchu/Full
阿(ā): One, particle usually placed either in the beginning or in the end of a word
半(bàn): Half

The name is an analogy of how a ''Full state'' can be composed of halves of many different ethnicities and still work, still make sense. 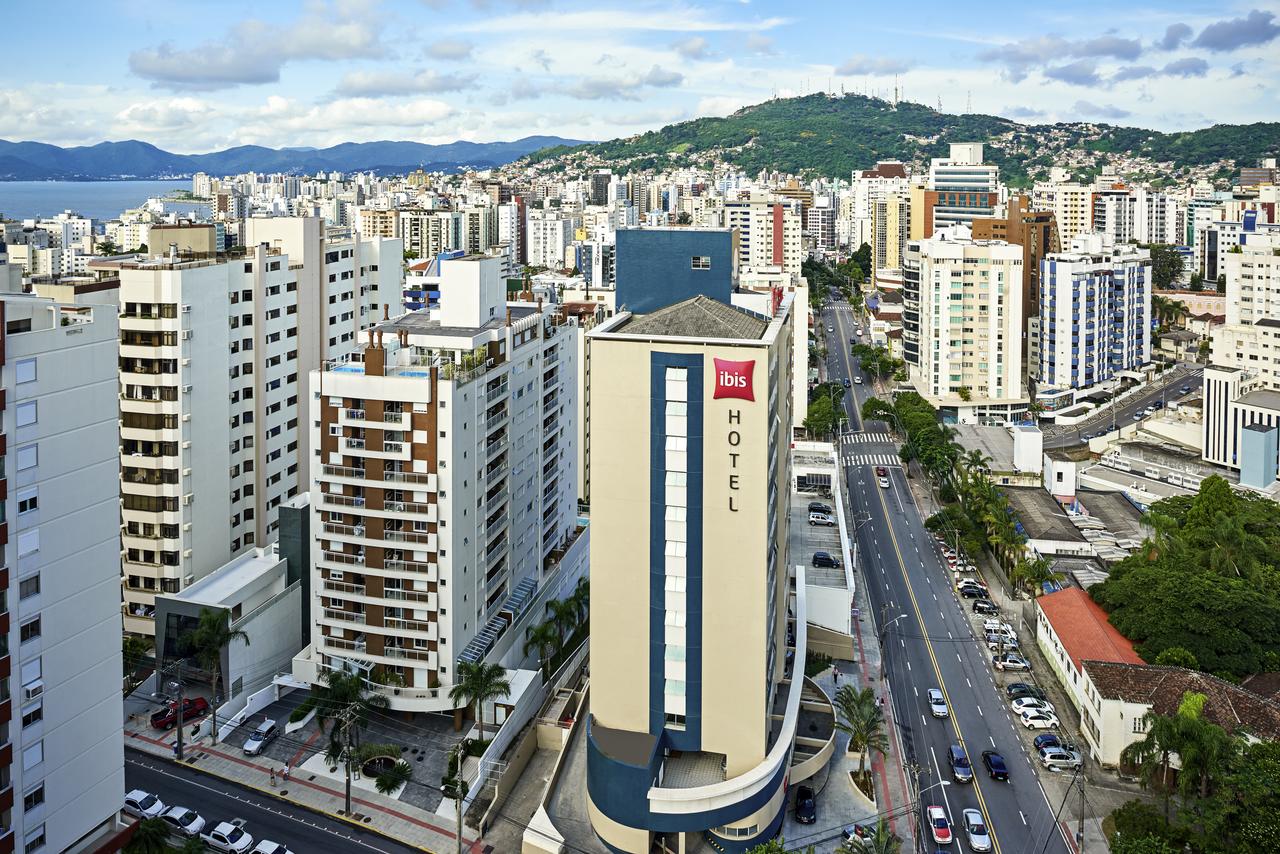 Ibis Hotel by the beach 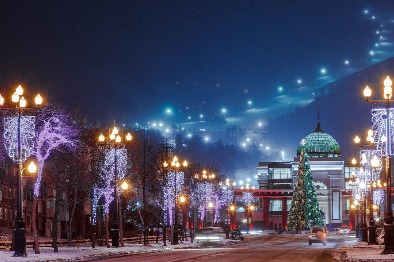 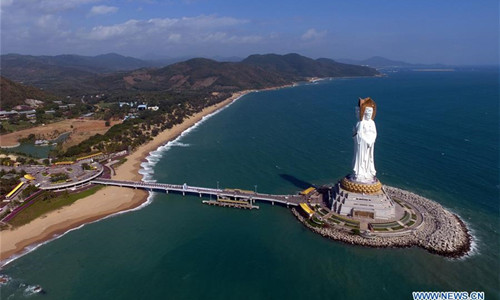 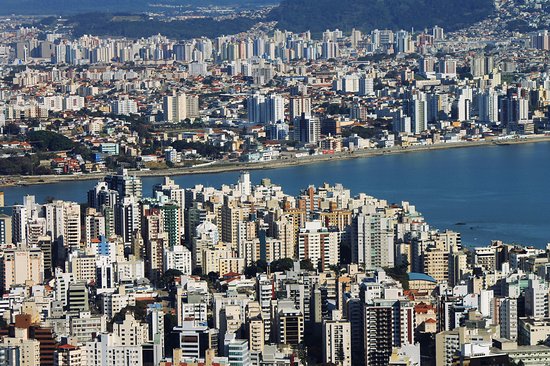 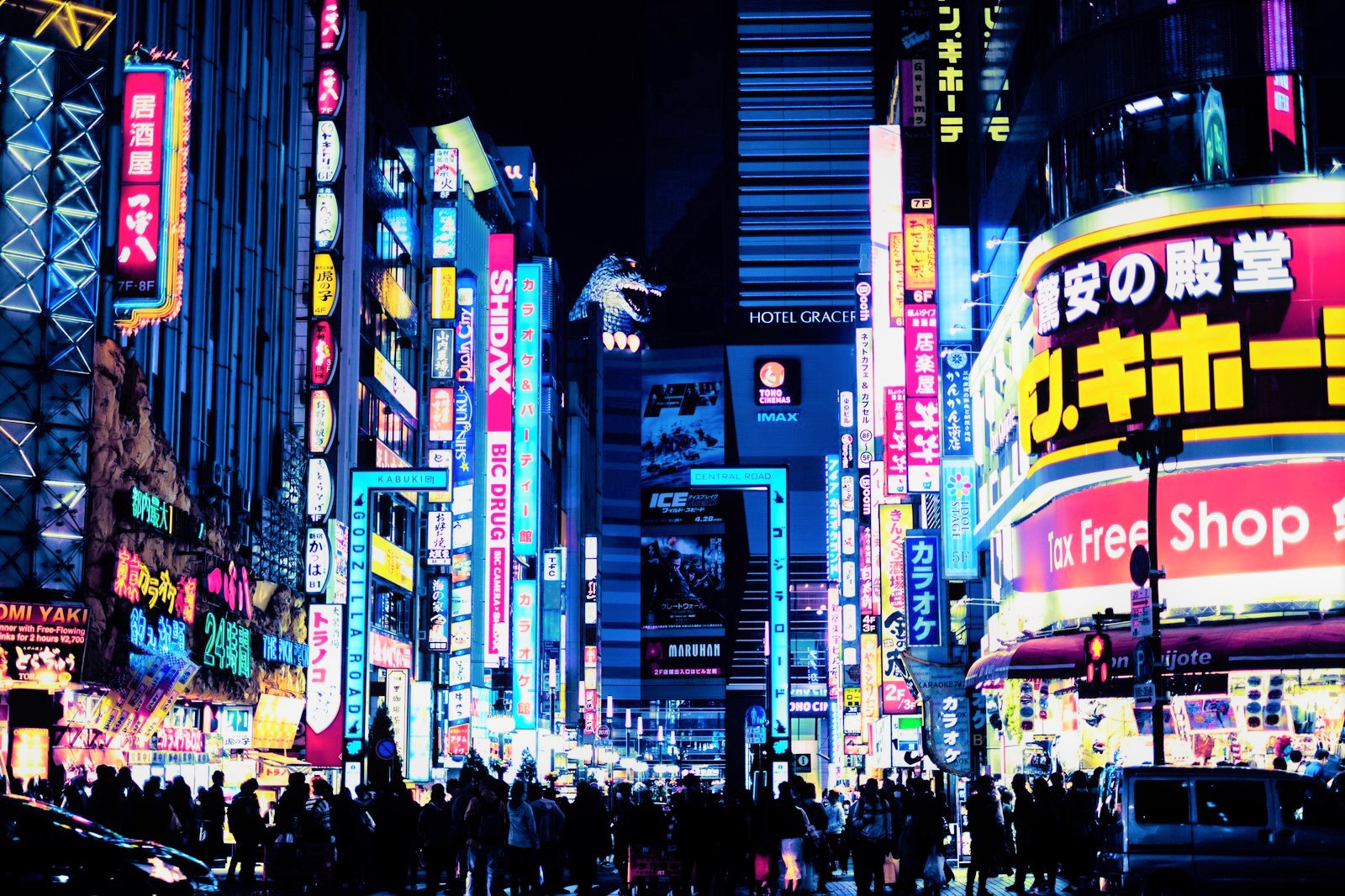 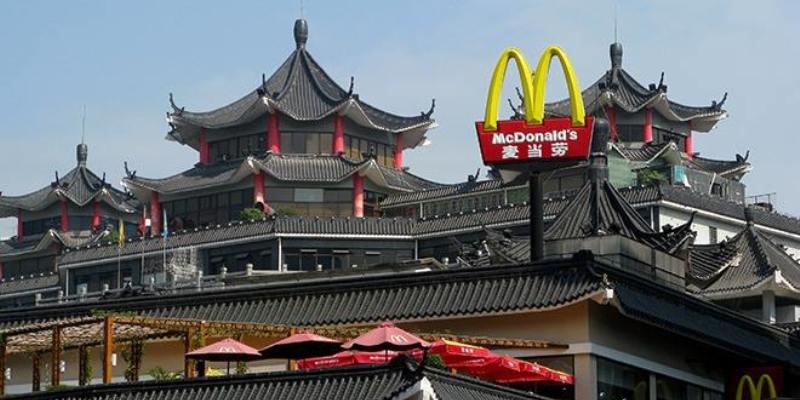 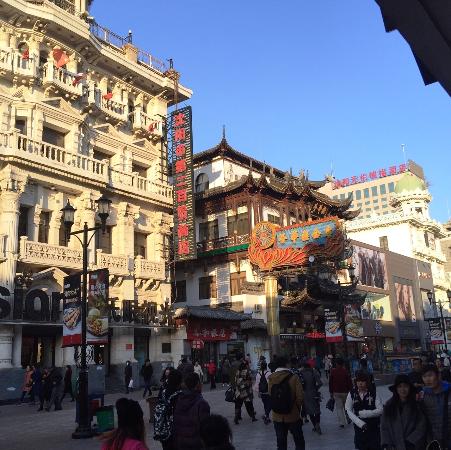 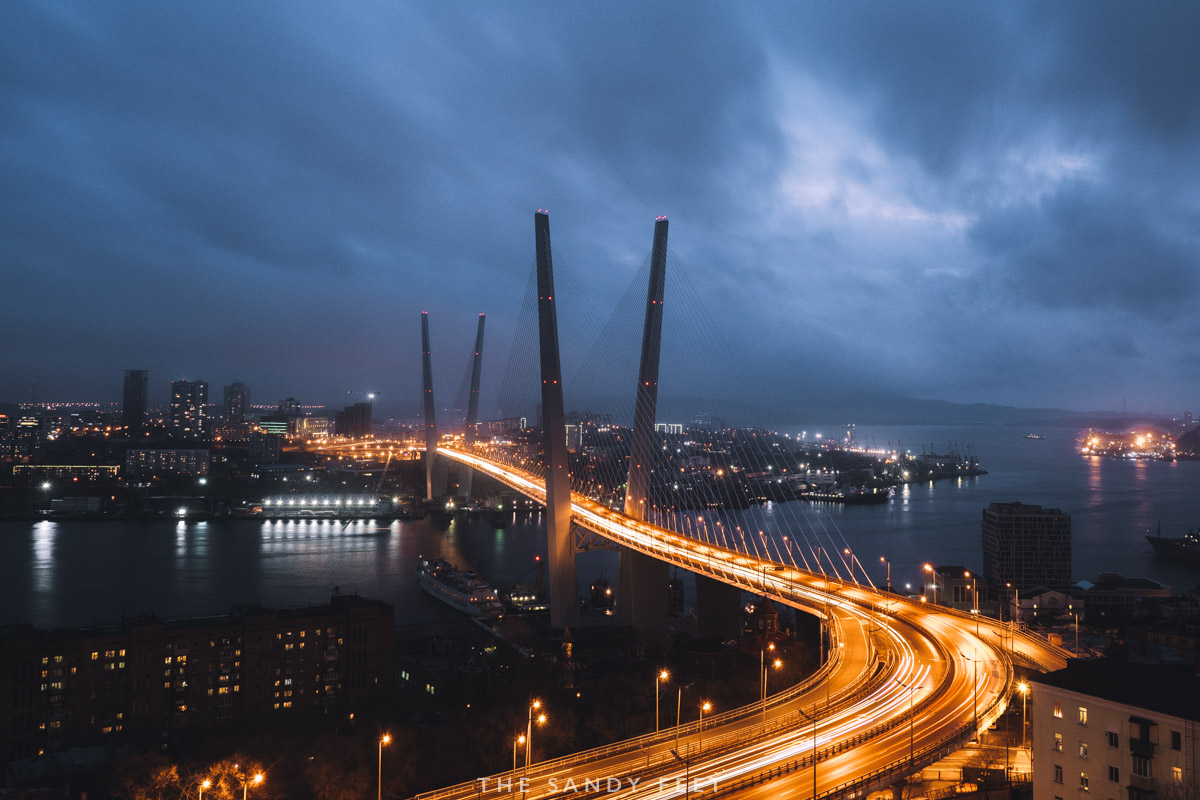 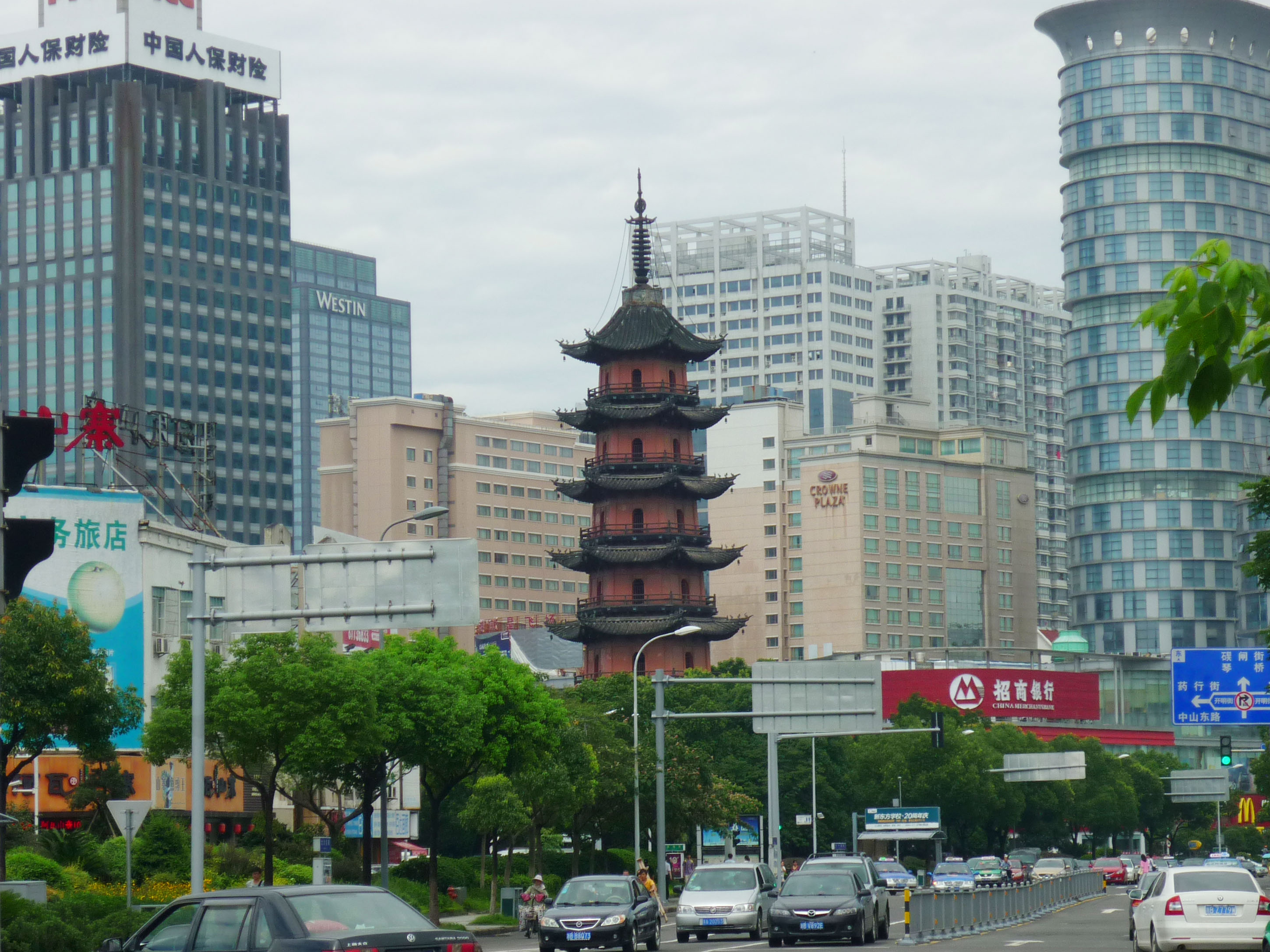 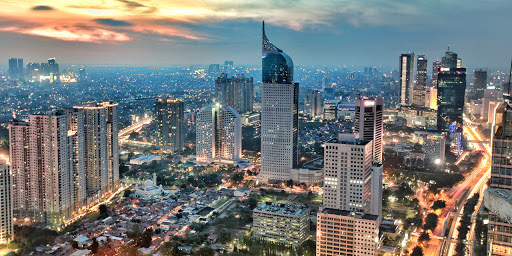 Pan-Pacific Stock exchange center skyline
Manaban currently exists in Natinostates, and it belongs to the region of Ixnay, but is also currently looking for a new region.
Top

Just to introduce myself, my name is Kendall, I'm the person who runs the United States in the AIN.

First, I definitely want to say that I love the flag, it looks really good. I don't mind the idea of another Chinese nation, but I do think there are some things you'll need to realize first. One, I would look at your neighbors, particularly Sansheng. They are basically your Soviet-Manchuria equivalent. If I'm not wrong, that is the whole point behind Sansheng. So with that, you're probably fine but if Sarthak is on, I would coordinate histories.

The idea that you can replace wars might be misguided. The rules with the AIN is that you can't massively change history unless you have other AIN nations to coordinate that. A good example is the U.S./North American Nations. Sure the U.S. losing the Revolutionary War is a big deal, but California and Sonora (and to a lesser extent Acadia) are there to provide context on how this all turns out. So for the idea that there is no Korean War, you would need a United Korea, and a Communist China which is now your North Korea-equivalent. That's going to be a tall order imho.

You could keep your country in-tact, but you'll need to keep the Korean War and the Sino-Soviet split as is. I'm cautious about the U.S. getting involved with a Chinese conflict so you will have to run that by me. Same thing with Stan with the USSR if this is going to be a proxy war of some kind.

Thanks for letting me know, I'll fix that!
Top

Giovanni
Vice-President of the Alliance

First of all I recommend using Imgur as host for images. It's very easy to use. Let's do the quick checklist

1 The flag is great
2 Missing coA
3 Missing map
4 The statistics look good
5 I'm not an expert on Asian history but it seems to me that there are some discrepancies. Work with your neighbors to write the story. Follow kendall's advice
6 The pictures are good

This app started well but needs some work before proceeding to the final checklist and voting
Vice-President of the Alliance since March 1st, 2021
Need help? Send me a message! (Also on DISCORD)

Application looks good so far! I can help you crop out the CoA from your flag to have that. Otherwise, just waiting on a map and hit me up on discord for the history

I echo Kendall's sentiments regarding the Korean War, but otherwise this is a promising start. Will await the map and a few other tidbits before commenting further.

Hello and welcome to AIN! I'm Patrik, i am kinda new member bc i joined in April 2020. Anyways, this is ok. Love the flag, its very cool. Also COA is cool. Kendall had good points, Same things I was going to say.
Ehhmm...
Top

Hi-ho Manaban! I'm OtakuWeebster and personally gladly welcome you to our little den of AIN. Based on the given details, it's good but not yet ready to initiate a voting. History is still quite messy on terms by going on seperate sides real quick and important details are still missing. But I know that you have been contacting me quite frequently for some help and I'm truly glad you did so we can make sure your nation is up to standard in AIN. I share with Kendall's thoughts, Flag is pretty respectable on the region you having. (Love the color scheme choice btw).

Again, it's not yet quite ready yet from what I'm seeing, but considering you are trying your best to add and improve more by me and others, I look forward to it.

Looks like a good start. As members say look at working with the regional ones and any potentially involved in plots over specifics.On thing I would say is why not the whole of the Shandong peninsula. There is a potential issue over how such a small state could keep its independence with big nations nearby especially on of less than 10 million.I understand western backing could go some way but perhaps a bigger nation makes more sense.
Top
Post Reply
9 posts • Page 1 of 1